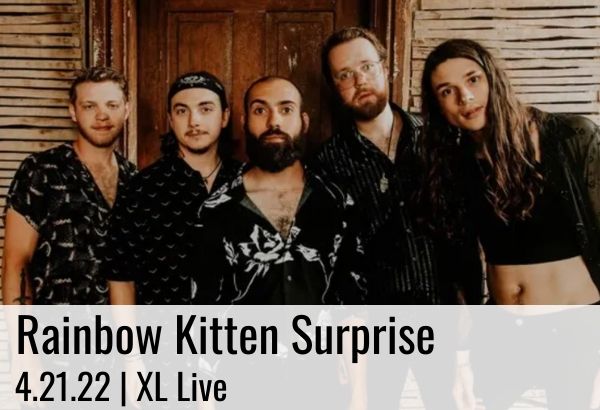 Get Tickets Now
Nearly every Rainbow Kitten Surprise song unfolds in a dizzying rush of words, feverish yet finespun lyrics that feel both intimate as confession and mythic as a fable. Throughout their album How To: Friend, Love, Freefall, the Nashville based five-piece set those lyrics to a thrillingly unpredictable sound that transcends all genre convention, endlessly changing form to accommodate their constant shifts in mood and spirit. But while Rainbow Kitten Surprise push into some complex emotional terrain, the band’s joyful vitality ultimately makes for an album that’s deeply cathartic and undeniably life-affirming.