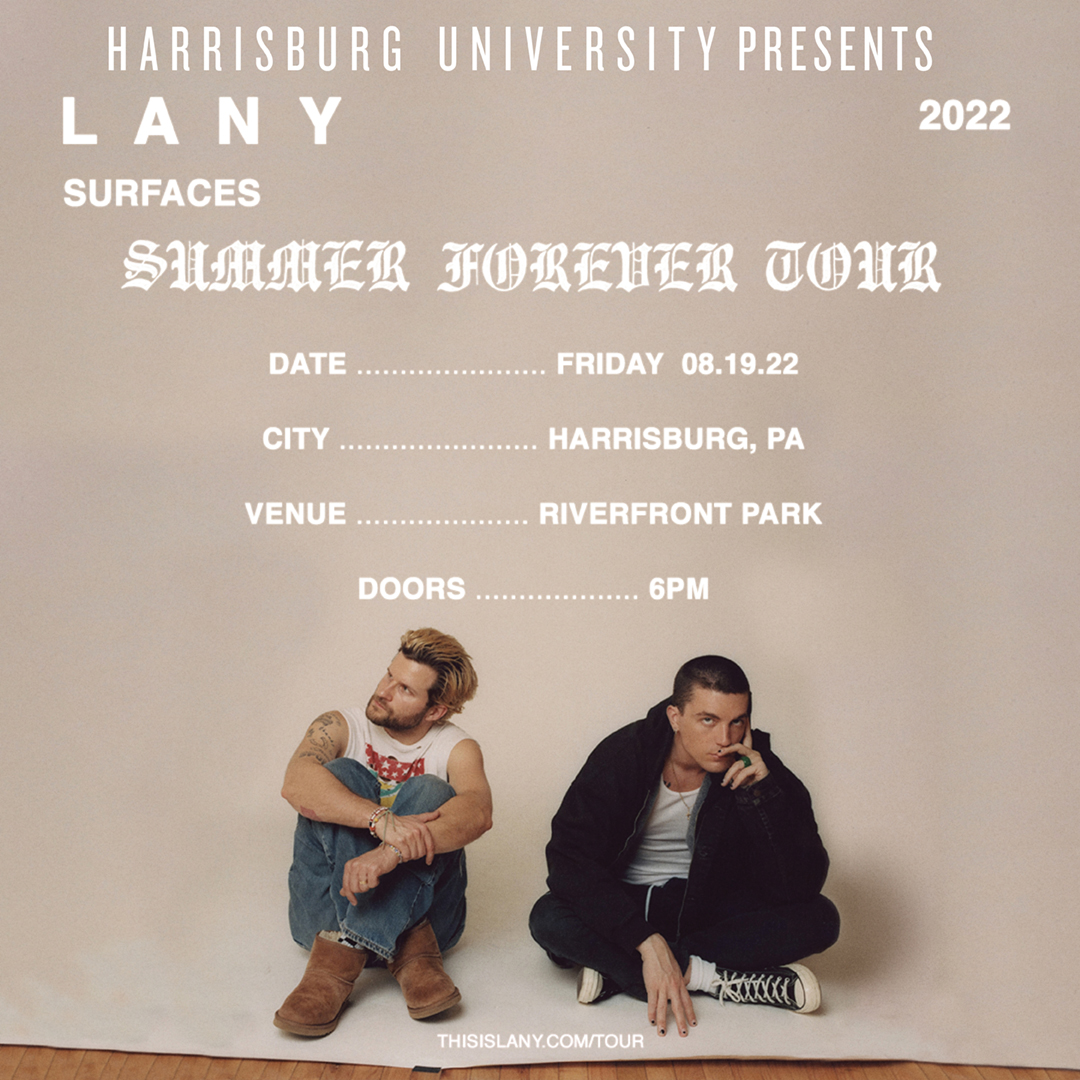 Get Tickets Now
Rules and Regulations

When any great band reaches a new point of greatness in their career, they reflect upon the journey that’s led them to that moment. American alt-pop trio LANY started in 2015, when PaulKlein, Jake Goss and Les Priest escaped their humble upbringings for LA, creating a band from the remnants of their own musical projects. Together, they crafted lyrically meticulous anthems with big, pristine soundscapes behind them; songs about love, heartbreak and living that felt world-spanning. Signing to Polydor in 2015, their self-titled debut album arrived two years later, causing an international fanbase that had been brewing for a few years to burst to the fore. Paul was the enigmatic frontman Generation Z desired. Its 2018 follow-up Malibu Nights was marred by heartbreakandspawned singles “Thru These Tears” and “I Don’t Wanna Love You Anymore”, cracking the Billboard Album Chart. At present, the band has over 2.5 million followers on Spotify alone.Whilst the majority of the band’s first two records were written in LA, their third was originally born in Nashville. It’s called Mama’s Boy. “I felt like I needed to go to Nashville to work with those writers,” Paul says of his decision to start Mama’s Boy somewhere other than another LA music studio; guitars, for the first time, leading the way. “There’s just a certain type of song that they make there.” Writing sessions took place with Dan Smyers from the duo Dan + Shay, Shane McAnally, known best for his Grammy-winning songwriting cuts on Kacey Musgraves’ Golden Hour, and songwriting power couple Sasha Sloan and King Henry.It was here that Mama’s Boy’s first single, the powerful but wistful “good guys” came to be. The distance from his new home helped Paul write about, what he calls, “the quintessential experience” of his recent relationships. Cut off from the temptations of the city and closer to his family, allowed him to delve into a part of himself most might fear to tread, like in “if this is the last time” and “i still talk to jesus”. Within that Nashville fortnight, five of the 14 tracks of what would become their third record came to be. Back in Los Angeles, enriched by the spirit of that place, work continued. Mama’s Boy is a sweeping tribute to home, heritage and Americana. It’s both wise and knowingly naïve; written, Paul says, to highlight what’s “symbolic of being an American kid” today. “I wanted to walk the fine line of pop, cowboy and Americana,” Paul says. “Taking the American sides of brands like Ralph Lauren, and mixing with the European, rock n roll chic of Saint Laurent. ”The arrival of Mama’s Boy spells the beginning of a new chapter in the life of LANY. One that’s always been inside of them, keen to be set free. How they got there, though, rested on looking back to the past. “There was only one person in the world I cared about hearing Malibu Nights,” Paul Jason Klein says. “Now, there’s not one person in the world I don’t want to hear Mama’s Boy.” That pouring of everything they have into 14 tracks about where they’re from and what they’re about, glows like a sunset over a southern sky. Finally, LANY are home