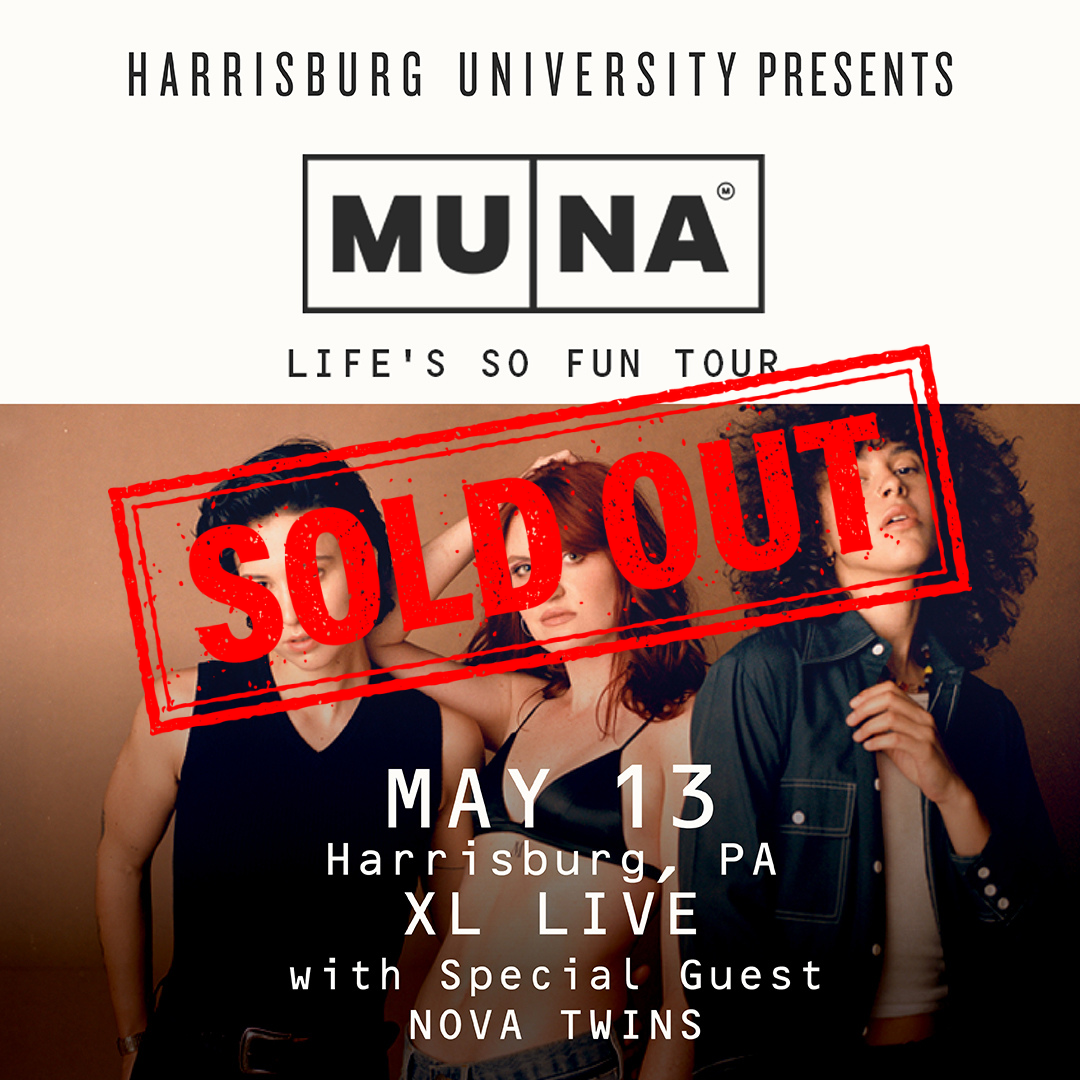 MUNA is magic. After releasing their now viral, life affirming, queer anthem “Silk Chiffon,” featuring the band’s new label head Phoebe Bridgers, the band took 2022 by storm. MUNA, the band’s self-titled third album, is a feat of an album — the forceful, deliberate, dimensional output of a band who has nothing to prove to anyone except themselves. MUNA was included on best of 2022 year end lists including Billboard, Los Angeles Times, Rolling Stone, Stereogum, TIME Magazine, and many more. The band was also named Consequence’s Band of the Year.

MUNA is comprised of Katie Gavin (she/they), Naomi McPherson (they/them), and Josette Maskin (she/they). Previous singles like “Silk Chiffon,” “Home By Now” and “Anything But Me” and their current building single “What I Want” have fans ready for the next new, exciting chapter.  MUNA have recently been guests on Ellen, The Tonight Show Starring Jimmy Fallon, CBS Saturday and The Late Late Show with James Corden on this album cycle. The band sold out shows all over the world last year and will continue in 2023, playing headline dates all over the US including a stadium tour with Taylor Swift.