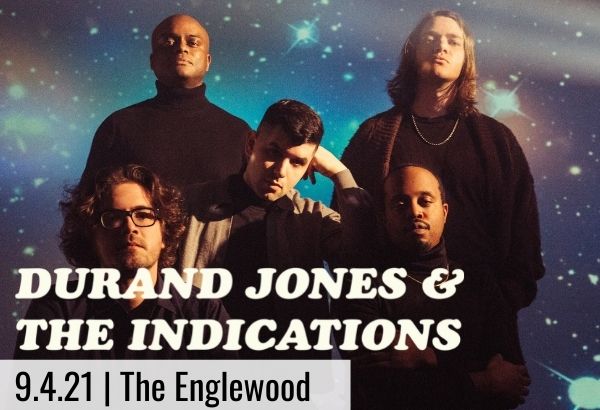 Durand Jones & The Indications is an American contemporary R&B and soul group founded by the core songwriting trio of singer Durand Jones, singer/drummer Aaron Frazer, and guitarist Blake Rhein. Formed in 2012, the band came to prominence as part of the soul revivalist movement around the time of the reissue of their debut album in 2018. Their sophomore album American Love Call was released in March 2019 and will be followed by Private Space in July 2021.