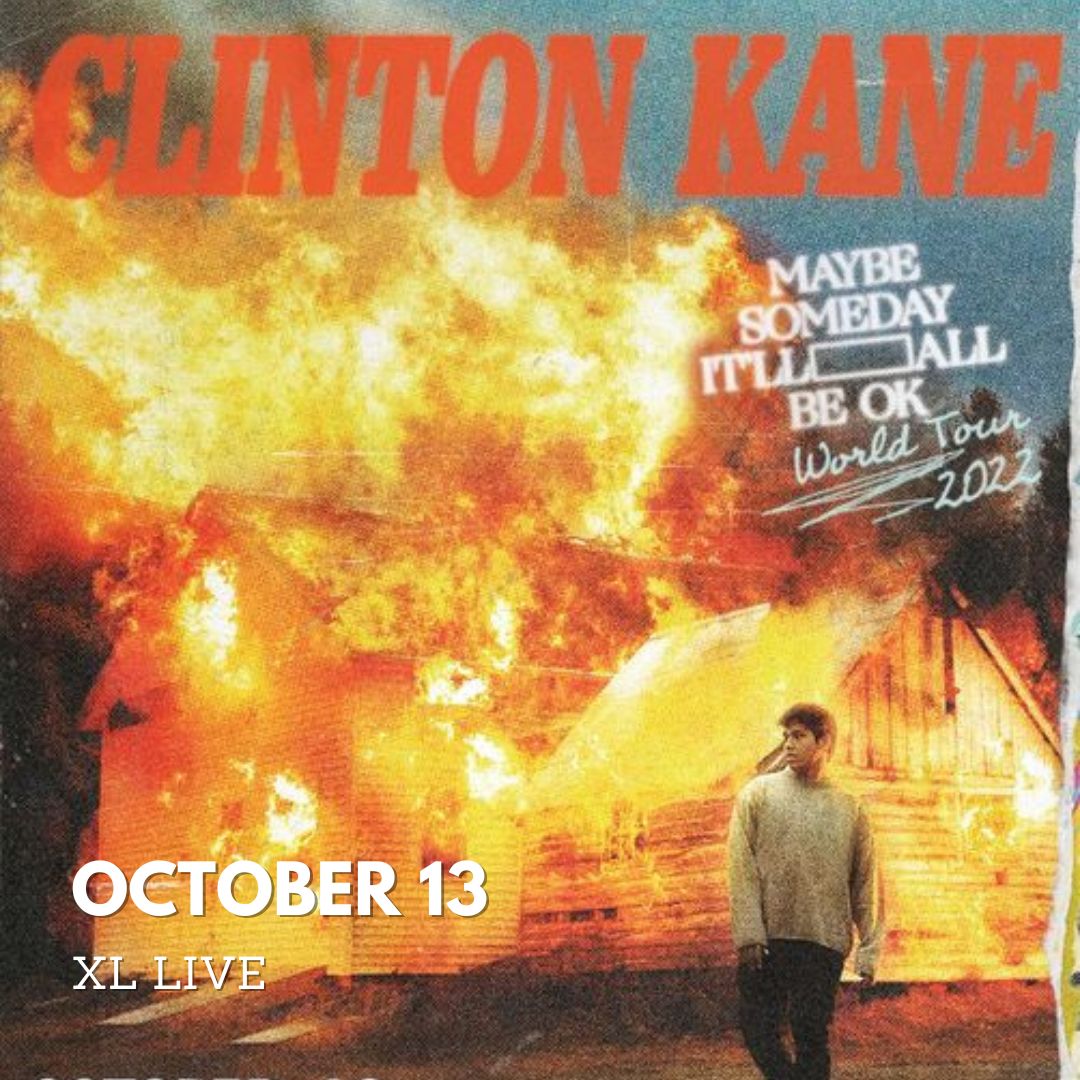 Get Tickets Now
Clinton Kane isn’t afraid to cry. He’s also not afraid to ask questions, laugh, scream, speak his mind, or push the envelope. He might ponder God in one song only to wonder what the fuck went wrong with a relationship in the next. For as wide-ranging as he may be lyrically and conceptually, he’s also a highly disciplined and self-taught singer, guitarist, pianist, drummer, and producer. As far as the story is concerned, Clinton bounced around from Perth, Australia to The UK as a kid. On a teenage sojourn to Santorini and beyond, he lived out of a backpack as he gained traction with a series of independent releases before signing to Columbia Records. In 2019, he served up the this is what it feels like EP before guesting on “Drown” by Martin Garrix in early 2020.
Building an international fan base, he generated over 1 billion-plus streams across a catalog highlighted by “Fix It To Break It,” “i don’t want to watch the world end with someone else,” and “remember the mornings.” He has also sold-out successive headline tours and incited the applause of NME, Billboard, and more in addition to landing on Forbes’ “30 Under 30 Asia.” The loss of three family members, heartbreaking relationships, nights sleeping on park benches, and an unbelievable trip to the brink of adulthood inspired his 2022 full-length debut album, MAYBE SOMEDAY IT’LL ALL BE OK [Columbia Records], featuring the gold-selling singles “CHICKEN TENDIES” and “I GUESS I’M IN LOVE” as well as “GO TO HELL” and “14.”