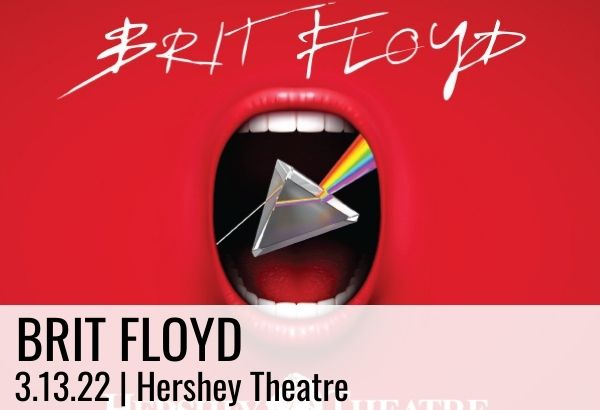 Get Tickets Now
Brit Floyd is a Pink Floyd tribute band formed in 2011 in Liverpool, United Kingdom. Their live shows attempt to emulate and recreate the sound and soundscape of Pink Floyd’s live shows. Damian Darlington formed the band after playing with The Australian Pink Floyd Show for 17 years.

Brit Floyd originated in 2011 on the initiative of musical director, guitarist, and singer Damian Darlington “simply because he felt he could do it one better” than his previous band, The Australian Pink Floyd Show. He continued: “There is much more attention to details in every aspect of the show, from the music to the visuals to the lighting: everything is that much more perfected and there’s a passion coming off that stage … It’s a coherent, emotional journey through Pink Floyd’s catalog.”

Darlington began following Pink Floyd’s work after hearing The Wall at the age of 13 and he saw the band live for the first time in 1987 during the A Momentary Lapse of Reason Tour. “Since then, he has seen the band in different incarnations, after its split, and including its 2005 reunion.”

Pink Floyd saxophonist and rhythm guitar player Scott Page, during a surprise guest performance with Brit Floyd in 2015.
Regarding his growing up listening to the band, Darlington stated: “I definitely listened to Pink Floyd. I remember ‘Another Brick in the Wall’ being No. 1 in the UK. It was December 1979. Probably my first memory of Pink Floyd. Then I actually heard The Wall album in its entirety and that’s what particularly drew me to Pink Floyd about the age of 12 or 13. I was fascinated by the record that told a story, and all these sound effects linking songs together, and also the wonderful guitar work. I was already learning to play guitar and I wanted to learn to play some of these wonderful guitar solos. That was my introduction to Pink Floyd. I was a fan from quite an early age.”

The band has toured extensively since 2011 and has featured guest musicians from Pink Floyd’s studio and touring band line-ups. Pink Floyd bass player and vocalist Guy Pratt joined Brit Floyd on stage at Echo Arena Liverpool on 9 November 2013, and saxophonist and rhythm guitarist Scott Page joined them at Los Angeles’s Orpheum Theatre on 17 June 2015, playing “Money” and “Us and Them” with the band.

In 2016 the band embarked on “a massive 76-date US tour” featuring “an extended career-spanning setlist that will include a performance of Pink Floyd’s 24-minute epic “Echoes” and including a “million dollar stage design.”[8]