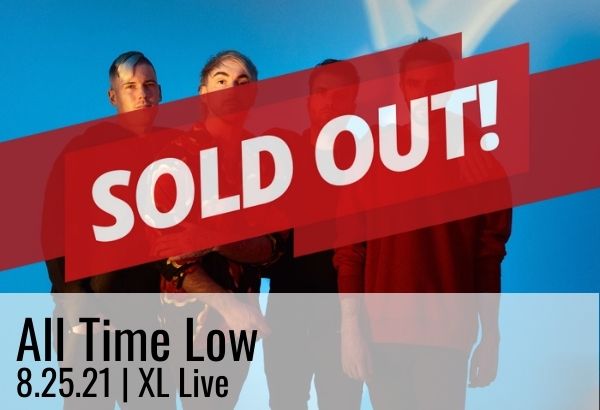 Nostalgia often lights the pathway to the future. By returning to those warm feelings of wide-eyed wonder from childhood, bottling them up tight, and distilling them with years of wisdom, evolution becomes seamless. On their seventh full-length album and first for Fueled By Ramen Last Young Renegade, All Time Low take the next step on a journey they began back in their hometown of Towson, Maryland during 2003. Alight by analog synthesizers, cinematic soundscapes, and a lyrical journey lived through the eyes of a character known as the “Last Young Renegade,” the chart-topping platinum-certified quartet — Alex Gaskarth [lead vocals, rhythm guitar], Jack Barakat [lead guitar, backing vocals], Zack Merrick [bass guitar, backing vocals], and Rian Dawson [drums] — looked back in order to move forward.

It’s as if All Time Low has been speeding towards this body of work since their inception. Throughout the course of six albums, the band has earned four Top 10 debuts on the Billboard Top 200, peaking at #2. Their catalog of anthems includes the platinum-certified “Dear Maria, Count Me In” and gold-certified “Weightless” and “A Love Like War [feat. Vic Fuentes],” which received the highest honor of “Song of the Year” at the 2014 Alternative Press Music Awards. To date, they’ve garnered five Alternative Press Music Awards, five KERRANG! Awards, and been crowned “Best Pop Punk Band” at the Top In Rock Awards. Along the way, they’ve appeared in Rolling Stone and Billboard and graced the covers of Alternative Press and KERRANG! multiple times in addition to performing on The Tonight Show, Conan, and Jimmy Kimmel LIVE!  Known for unforgettable shows around the globe, they’ve also ignited stages everywhere from Voodoo Music Experience to Warped Tour and on the road with blink-182, Fall Out Boy, Green Day and more.